So I recently stumbled across this blog called 746 books hosted by Cathy. I was reading a post about summer books and didn’t think anything of the name until two days later when I opened her about page.  The name comes from the number of books she owned when she started the blog that she hadn’t read. It took me a moment but then, I realized that I have the same problem she has. My bookshelves are 90% books I haven’t read. 94 to be exact.

I have an addiction to books. Reading them, holding them, buying them. Seriously, anything that has to do with books and I’m in. It’s just a personal philosophy of mine, but I believe you cannot possibly ever have enough books. However, the number of books I own and haven’t yet read is really getting out of hand, so I think it’s time to do something about it.

So I’m challenging myself to actually read the 94 books I own and haven’t read. I should be totally serious about this challenge and not allow myself to go to the library until I’ve gotten through these books, but I won’t be able to stick to a rule like that (not with some of the books coming out this summer, anyway). This challenge is a little lax because I don’t want to force myself into reading things I don’t want to (I’d hate to get burned out).

Huh, 94. That’s all?? I could’ve sworn the list would be so much longer. But I left off the 20 or so books my mom has recently (or not so recently) lent me, the library books, and the ones I have read(11 books). This list also doesn’t include books on my kindle or books that are still in boxes until we have a house or at least more bookshelves. At best, this is an incomplete list. But it’s what I have for now.

Are you guilty of buying books and then not reading them? How big is your list? Have you read any of these books? Which ones should I start with?

Don’t forget to check in to my challenges page to follow along as I try to read all these books. Until next time!

Update:  I wrote this post on Thursday, scheduled it for Monday and bought two more books this weekend, so added to the list on the challenges page are: The Signature of All Things and The House at the Edge of Night. (It’s an addition…)

11 thoughts on “Owned but Unread”

This site uses Akismet to reduce spam. Learn how your comment data is processed.

I am a twenty-something married lady who is currently banging my head against a wall in graduate school. When I’m not studying, you can usually find me reading, spending time with my hubby, Zach, drinking coffee, watching Netflix, or ogling Pinterest. You can read more about me on my About page. Welcome to Molly’s Madness, my little place on the internet to obsess over books and share my crazy with the world. 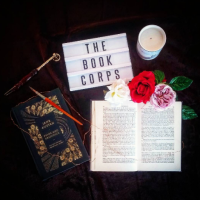 Just a girl and her books